You don't have any saved vehicles!

Look for this link on your favorites:

Once you've saved some vehicles, you can view them here at any time.

What is Synthetic Oil and how does it work?

Synthetic oil is a lubricant consisting of chemical compounds which are artificially made (synthesized) using chemically modified petroleum components rather than whole crude oil.
Synthetic oils were originally developed for (and still are used exclusively in) aircraft jet engines because of their ability to reduce friction and wear on engine parts. This performance was due to synthetic oil having incredible ability to function dependably at severe hot and cold temps as well as to withstand rigorous and lengthy engine operation without viscosity breakdown.

At freezing temperatures such as 0 F, the quality of the oil can be the difference in getting all the way around the engine in 10 seconds (synthetic) versus 3 minutes (regular). Regular 5w-20 motor oil can thicken over time (like pasta sauce that thickens up if you re-heat it numerous times) and could actually turn into 5w-40 by the time you change it!

Does it make my engine last longer?

Yes – because it’s so slippery, synthetic makes for less engine wear and thus greater engine longevity. It flows easier in cold weather, therefore no loss of prime when the oil is cold. Also, it is highly resistant to viscosity breakdown (the ability of the oil to flow easily in all temps) from heat, friction, chemical contaminants. It’s the cheapest insurance you can get for your vehicle.

What are the advantages of Subaru Synthetic Motor Oil?

The technical advantages of Subaru synthetic motor oils include:

Is Subaru Synthetic Motor Oil good for the environment?

In addition, Synthetic motor oil for your vehicle can increase your fuel economy by over 2%. To illustrate the magnitude of this change, understand that if just one-third of U.S. drivers reduced their gasoline consumption by 2%, we would save almost one billion gallons of gasoline and reduce carbon dioxide emissions by eight million tons every year. That’s the equivalent of removing about 1.5 million cars off the road. That’s good for the environment!

In an emergency situation, you can mix the two types of oil. However, it is best to not mix them and the oil should be changed once you are out of the emergency situation. The performance and benefits of Subaru Synthetic Motor Oil will be degraded if mixed with regular oil.

How often do I need to change my Subaru Synthetic Motor Oil?

YES and NO – Subaru Synthetic Motor Oil does cost more than regular oil but it also delivers several performance benefits including improved lubrication, increased power, and better fuel economy. While the oil is slightly more expensive, in the long run it will save you money on non-turbo models because after the first oil change, all subsequent oil changes are every 6 months or 6,000 miles.

What weight of Subaru Synthetic Motor Oil should be used?

Subaru offers two different SAE weights that vary in viscosity. As shown below, the 5W-30 is specially formulated for turbos that run at hotter temperatures. The 0W-20 is the perfect weight for he non-turbo engine and is formulated for improved fuel economy.

Can I use Subaru Synthetic Motor Oil in other Subaru vehicles?

YES – Please call our Service Department for the proper procedure and change frequency when converting from regular oil to Subaru Synthetic Motor Oil.

If you have a question that was not covered on this page, please call our Service Department at (262) 242-0100.
Search
Find Your Vehicle ×

You don't have any saved vehicles!

Look for this link on your favorites:

Once you've saved some vehicles, you can view them here at any time. 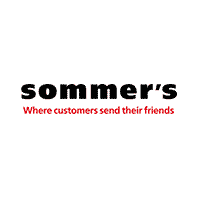